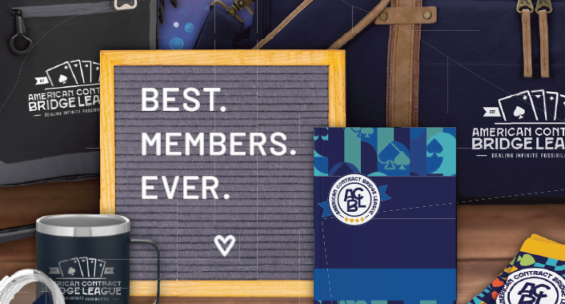 The Member Appreciation Event has ended

Thank you so much for being part of our Member Appreciation Event! You’ve stayed with us through the years, playing this wonderful game and supporting our efforts to keep bridge the number one mindsport. We truly do have the best members ever.

October 19 -What trophy was stolen in 1954 and never recovered?

What trophy was stolen in 1954 and never recovered?

A: The Gold Cup

The Gold cup was put into play in 1930 by Waldemar von Zedtwitz. While in the possession of John Hubbell, the winner of the event in 1954, the original was stolen after a television appearance by Mr. Hubbell. While on the air, he carelessly gave the address of the bridge club where the trophy was being kept. The Gold Cup in the ACBL Museum is an exact replica of the original (also provided by von Zedtwitz).

October 20- What Trophy was stolen in 1964 and later recovered?

A: The Vanderbilt Cup

Vanderbilt trophy was stolen on June 4, 1964 from a display at the Ambassador Hotel in Los Angeles. It was recovered in July 1964 when the thief tried to sell the 11-pound trophy to the Newman Silver Shop in Reno NV. The man, John Hadreas, an Ambassador employee, was arrested and charged with possession of stolen property. His bail was set at $2,500.

October 21 - Who made the first paper oblong duplicate boards?

The first oblong boards were made of paper by William McKenney in 1928; the first metal boards were by F. Dudley Courtney in 1931.

October 22 - What year were plastic boards introduced by the ACBL?

As far back as June 1946, ACBL was anxious to have a plastic duplicate borad made, “but has so far been unable to get in touch with the right people. If you know plastics then you know what our problem is.”

In November 1950 the Bulletin reported, ““Our supply department is flooded with requests for plastic duplicate boards. An experimental set was used at the Summer Nationals in Columbus for the purpose of correcting flaws in the workmanship. The manufacturer is now making improvements and corrections. As this requires changes to the original mold, the process is necessarily slow. We hope to have some sets at the Winter Nationals in New Orleans, but at this point, we cannot predict the date when they will be available to the public. However, when that day comes, an almost perfect board will go into play all over America.”

The “perfect” plastic boards were used in tournament competition at the Summer NABC and have been used exclusively since.

The American Contract Bridge League (“ACBL”) and each of its individual members agree as follows: