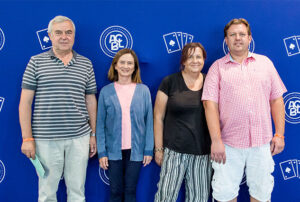 Winners of the 0–10,000 Mixed Swiss Teams: Jerzy Romanowski, captain Martine Rossard, Graznya Brewiak and Jaroslaw Piasecki. Rossard’s team, the last in the room to finish, needed a last-round blitz to overtake Omer Ekinci’s squad, who had also scored a blitz in the last round. They got it, finishing with 120.46 VP’s to Ekinci’s 117.69. Carole Weinstein’s team, who had been leading with a round to go, lost their last match and finished third. 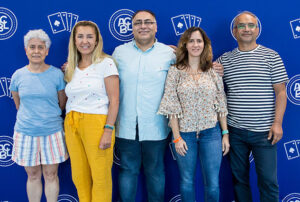