In the June 1937 edition of The Bridge World, ACBL Hall of Fame member, Alexander M. Sobel described eight types of players found at bridge tournaments. Here are the next three in the sequence. Do you think these descriptions still foot the bill and if so, which category of player do you belong in? **See previous post for the first 3 player types.

Rule Experts: Know the rules by heart; call the director over every time they imagine their rights have been jeopardized; sticklers for all ethics and proprieties, usually finish with a 78% game on rules but a 32% game on matchpoints.

Non-Movers of Boards: Can be divided into two classes, (a) never move the boards at all, and (b) move them to the wrong table. The (a) group can be forgiven, particularly if they are chair pushers because it is not fair to saddle them with this extra load; the trouble is caused by the (b) group; they have a habit of moving the boards to a spot where a Ouija board is needed to find them.

Wrong scorers: They enter every item on the score-slip incorrectly; reverse the board numbers; forget their own numbers; never know which side is vulnerable except when a large set happens in their favor; they never get that one wrong; take twenty minutes to apply an intricate double squeeze at a slam contract and then give the opponents the 1430 points! 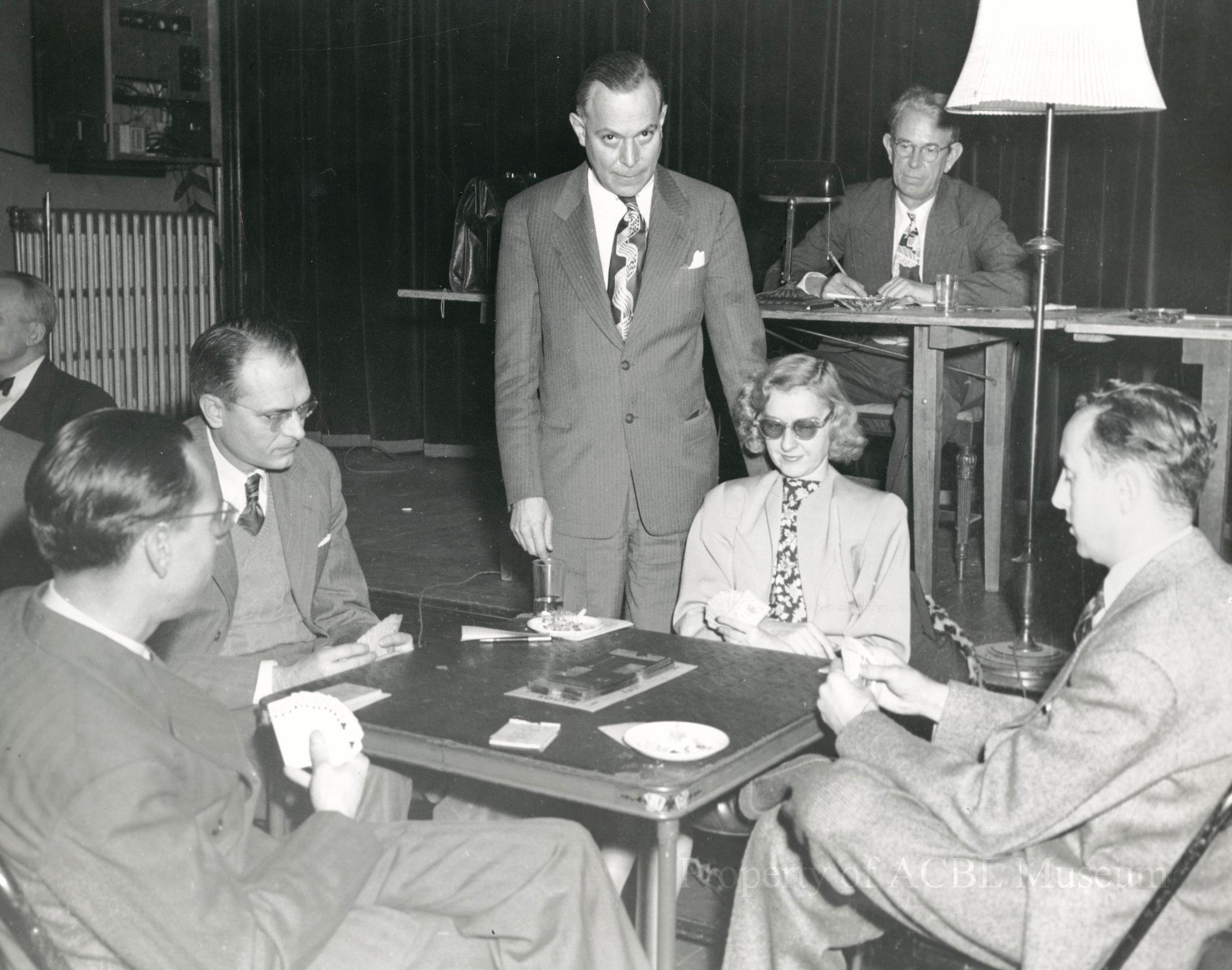