In the June 1937 edition of The Bridge World, ACBL Hall of Fame member, Alexander M. Sobel described eight types of players found at bridge tournaments. Here are the last two in the sequence. Do you think these descriptions still foot the bill and if so, which category of player do you belong in? **See previous posts for the first 6 player types

Discussers: Every spare minute of their time is devoted to discussing the hands; for listening posts they use kibitzers, players from other sections, tournament officials, newspapermen, and hotel employees; one of these days the millennium will occur when one of these discussers will actually talk about a board on which he made a bad play and not the usual brilliant play (despite his partner’s stupidity) that gave his side a top on the board.

Absent-Minded Professors: Go to the wrong table; play the wrong boards; play the right boards with the arrows reversed; take the cards out of the wrong pockets; play in the wrong section; play in the wrong tournament; absent minded about everything it seems, but just ask one of them a week later whether he held three or four spades on board 19 in the second session, and he will call every spot for you! 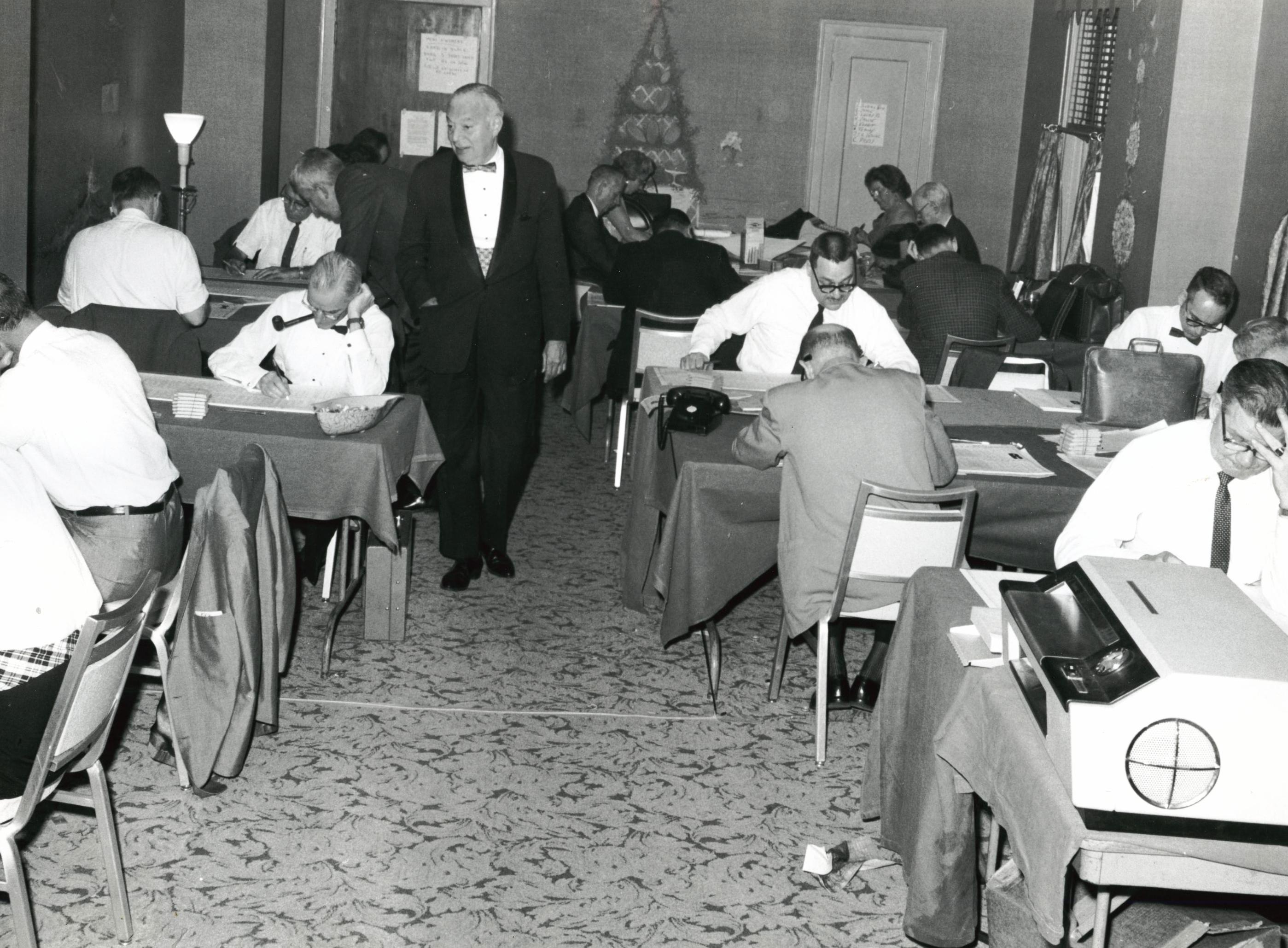 Al Sobel in the scoring room